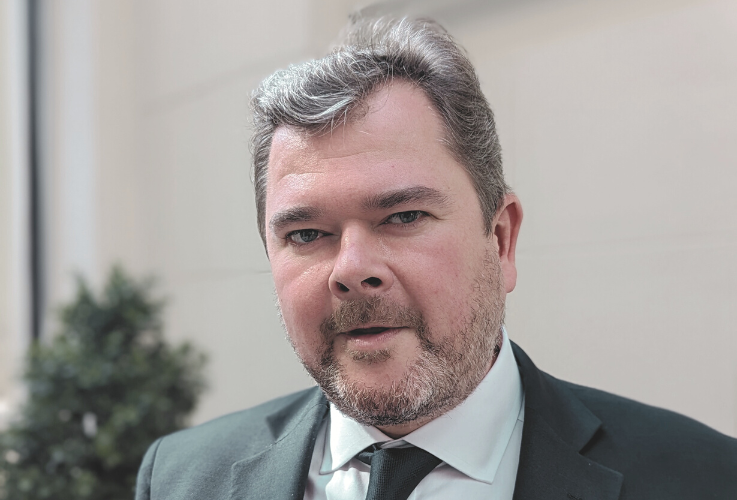 ONTIER LLP is delighted to announce that James Dixon has joined the firm as a partner in the London office.

James is well known to ONTIER’s London office, having previously been a partner in its sister office in the British Virgin Islands. James now joins ONTIER LLP from Priestleys in the Cayman Islands where he advised on commercial disputes and insolvency. He first qualified in London with Fladgate LLP before developing his career offshore in the British Virgin Islands and the Cayman Islands from 2011 to present.

At ONTIER, James will represent companies and high-net-worth individuals in a range of multi-jurisdictional disputes, working alongside Amy Harvey and Aoife Keane, both recent highly-rated additions to ONTIER’s rapidly expanding Partnership in London.

James has a history of acting for clients on a range of commercial, international litigation, including shareholder disputes and fund disputes. He has also acted for companies, shareholders and insolvency practitioners in cross-border insolvency litigation and arbitration. His previous BVI firm acted as BVI Special Counsel to the Trustee of Bernard Madoff Investment Securities LLC and the Estate of Bernard Madoff in connection with Madoff’s multibillion-dollar Ponzi scheme.

“We are delighted to welcome James to our growing partnership in London. His in-depth international experience will neatly augment our existing expertise and provide additional strategic support for our clients involved in cross-border disputes.'

“I’m excited to join the creative and energetic team at ONTIER as it continues its growth trajectory in London. The firm clearly has an enviable client roster that belies its current size in the London market. I look forward to playing my part in augmenting ONTIER’s existing client advisory service whilst working with the firm’s overseas partners to expand our dispute resolution offering to new international clients.”

In the last year alone, ONTIER LLP has added 3 partners to its team which now comprises 5 partners in London. The firm is known in London for its high-profile litigation, advising among others, the author of the White Paper protocol for the creation of Bitcoin (Dr Craig Wright). It has a highly regarded dispute resolution team and is recognised in the UK Legal 500 for commercial litigation, international arbitration and civil fraud. Its work is almost exclusively international and multi-jurisdictional in nature, focused on complex, high value international litigation, insolvency matters and arbitration in a wide range of financial and industry sectors.

The team has acted in the past in high-profile international disputes including Lucasfilm Ltd v Ainsworth, known as the Star Wars Stormtrooper litigation (upheld in the UK Supreme Court). It was also involved in the Masri litigation and a case against the Nigerian state, which resulted in a US$6.6bn arbitral award (Process and Industrial Developments v NNPC).

More recently it has established a growing practice and reputation for recovering lost, stolen, and hacked Bitcoin. The firm is instructed for example on behalf of Tulip Trading Ltd (TTL), a company beneficially owned by the Wright family, in TTL’s £3bn High Court claim to establish fiduciary and other duties owed by bitcoin developers to bitcoin owners looking to recover access to their coins in circumstances where their private keys have been stolen, hacked, or lost. Several other ONTIER-run bitcoin claims involve defamation, breach of copyright, and trademark enforcement against various third parties and are ongoing.

ONTIER has offices in 18 cities in 13 countries, and is particularly strong in Latin America.