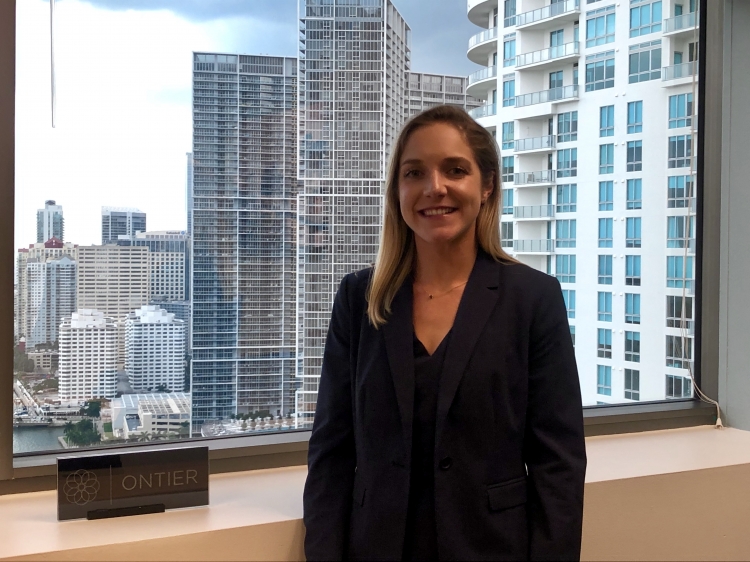 Christie García joins the Miami office as a partner. Specialising in Capital Markets and Restructuring, she has been working at White & Case for the last few years, where she has represented and helped numerous companies make the decision to declare themselves bankrupt and seek protection in other insolvency regimes. She has also represented Oi S.A., the Brazilian telecommunications company, in its global restructuring process.

She studied Law in New York, then did her LLM at the IE in Madrid. She recently graduated and went to London to work with White & Case. After two years in London, she was transferred to the Miami office. Thanks to her professional experience, Christie has a perfect understanding of both the American and the European world.

Christie joining ONTIER Miami means a new boost to the project in the North American country. Marta Corbí, Country Manager of ONTIER in Miami, says that 'the formula we are using now in Miami is different from the one we used a few years ago when we joined a firm of Venezuelan origins, as well as it's different from what we're doing in other countries. We're really starting out as a start-up, from scratch, with a partner/lawyer who joins the team as part of ONTIER.'

Our colleagues have set clear goals: turning ONTIER Miami into the hub of all other LATAM and European offices, taking advantage of its geographical location to connect the two continents and serve as a link to enable transactions between all offices. 'We want to become the benchmark law firm for international companies that come from ONTIER countries and want to operate in the United States and Latin America,' says Marta.

The presence of ONTIER in Miami is explained by the strategic location of the city, as in recent years Miami has become a very important entry to the United States for foreign companies, helping with their implementation thanks to how easy it is to do business there.

With this in mind, Christie becomes a key element for the firm. 'Christie offers us the perfect combination of a partner/lawyer who has lived and worked both in Europe and the US, and who understands what international clients need,' says Marta Corbí.