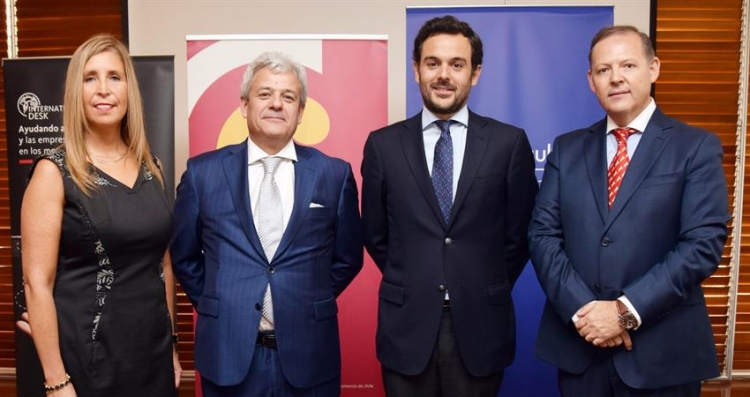 The Spanish Chamber of Commerce in Chile held a breakfast conference entitled 'Spain, destination of opportunities for Chilean investment'. Jorge Perujo, Country Manager of ONTIER Chile and president of the SME and Foreign Trade Committee of this institution, was in charge of presenting the event and welcoming the speakers and attendees.

During his speech, Jorge stressed the importance of not only strengthening Spanish investment in Chile, which today represents an accumulated investment of more than 19 billion USD and generates more than 140,000 direct jobs, but of getting Chilean companies out of their borders and into Spain, either as a destination and final market or as a platform to make the leap to the rest of Europe.

The breakfast, which was attended by more than 60 people and was a success, is the first of a series of events prepared for this year by the Committee chaired by Jorge and which will seek to bring together SMEs from both countries with the aim of facilitating the exchange of knowledge and technology between them, favoring and strengthening the business relationship between Spain and Chile.