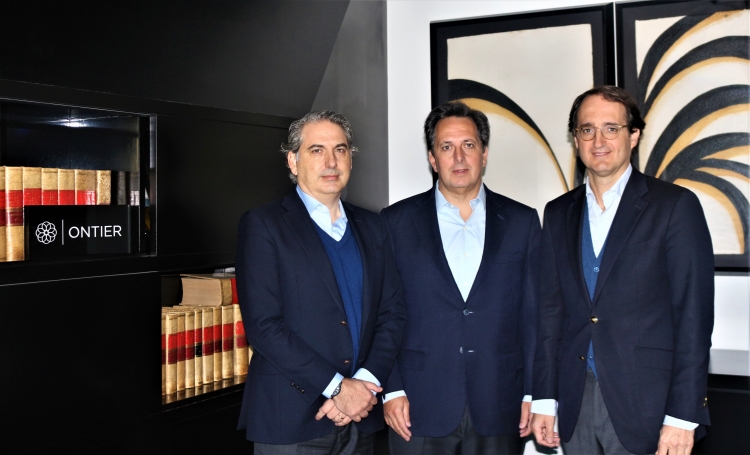 The former managing partner of Clifford Chance in Spain joins Ontier as international president, a position that until just over three months ago was held by Adolfo Suarez, now focused on politics.

Ignacio Ojanguren, who was once the managing partner in Spain of Clifford Chance for twelve years, will now lead Ontier's international project, replacing Adolfo Suárez, who  over three months ago took a step backwards in the world of law to focus on his political career.

Ojanguren joins as international president to lead a project that is currently present in fourteen countries. Much of his career has been linked to Clifford Chance, of which he was a partner from 1994 to 2013. The last twelve, as managing partner, but he was also a member of the firm's international executive committee, making him one of the first Spanish lawyers to be part of the global management of one of the largest international law firms.

Throughout his career, he has specialized in the commercial field: mergers and acquisitions, corporate operations of large companies and listed companies, financial institutions and funds. He has also been a member of the board of directors of different listed companies and has worked in different sectors, such as finance, insurance, energy, venture capital, telecommunications and real estate.

After leading Clifford in Spain, Ojanguren decided to refocus his career and, far from joining another large law firm or creating his own boutique, he decided to become an entrepreneur. Among other projects, he has been the founder of the Lateral restoration chain, as well as a partner in the renewable energies group Solar 2000. He has also been involved in social entrepreneurship initiatives, such as the distribution company Koiki Home.

His experience not only in the field of law at a national and international level in one of the most recognized firms, but also as an entrepreneur, is key to continue with our strategy of growth and consolidation of a unique model in the sector,' says Bernardo Gutiérrez de la Roza, CEO of Ontier.

It must be borne in mind that the firm, although of Spanish origin, has a strong international vocation, to the point that in 2015 decided to move its corporate headquarters to London. It also has offices in fourteen countries: Bolivia, Brazil, Chile, Colombia, Italy, Spain, the United States, Mexico, Paraguay, Peru, Portugal, the United Kingdom, the Dominican Republic and Venezuela.

Back to Law
Ontier is a firm different from what I have known and has the potential to be one of the reference firms, because it is very flexible to adapt to changes in the market', says Ojanguren as an argument that explains the reason that has encouraged him to return to the front of a project in the legal sector. In addition to the position of international president, he also joins the board of directors of Ontier Global and the firm in Spain, in all cases with executive functions.

This signing 'also represents a very important contribution of talent for our activity in Spain, not only because of its management capabilities, but also because of its credentials in the area of mergers and acquisitions, where it has intervened in the most important operations in our country', as Pedro Rodero, managing partner of Ontier Spain, recalls.