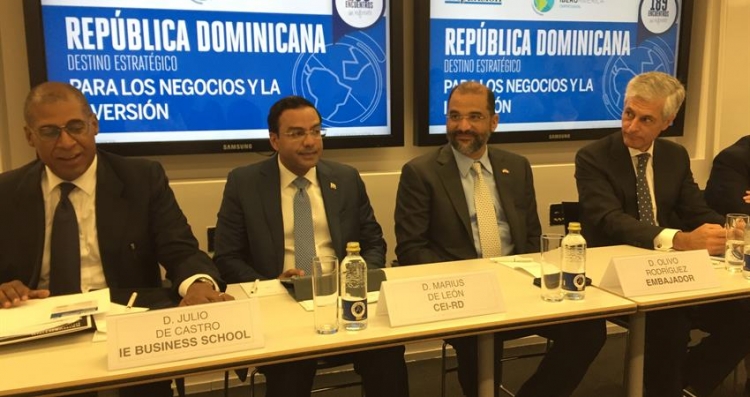 The Dominican Republic is one of the most interesting countries in Latin America if we think about the possibilities it offers in terms of business development, which is why it was chosen for the latest Ibero-America in Business Forum.

Organised by Expansión and sponsored by ONTIER, Kreab and Excelia, the session focused on the topic 'Dominican Republic: Strategic destination for business and investment.' The event was chaired by Adolfo Suarez Illana, ONTIER International President, who talked about the long-standing relationship between the Dominican Republic and Spain and about the country's current situation.

'The Dominican Republic does not promise, but rather offers a tremendously positive background to its investors,' noted Suárez Illana. Marius de León, Executive Director at Centro de Exportación e Inversión de la República Dominicana (CEI-RD) – ProDominicana, stated 'we are the first country in attracting foreign investment in the Caribbean and in attracting foreign investment in general.' He also referred to the six million tourists that the Dominican Republic welcomes each year, among other indicators of the country's potential.

De León encouraged Spanish investment in his country: 'Spain has always been there in the Dominican Republic's development journey. That's why we are here today. We carry Spain in our hearts and there are many opportunities connecting Spain and the Dominican Republic,' said the Director of the CEI-RD, who noted that there is only 5.2 percent of the investment in the Caribbean nation comes from Spain.

Olivo Rodríguez Huertas, Ambassador of the Dominican Republic in Spain, noted that his country has 'many challenges ahead' but he stated that the Embassy is there to 'listen to investors and help them face any problems arising.' Ildefonso de Matías talked about the successful journey of Ingeotrans, a Spanish company operating in the Dominican Republic. He explained that his company built the metro network in Santo Domingo, which became a benchmark for the extraordinary use and return on investment it has produced since its inauguration and after its successive expansions.

For further information, you can check this article by Expansión (SP only).